Growth is often a shorthand for measuring economic success. Party manifestos, Whitehall policies and government speeches all tend to focus on generating economic growth. After the worst economic crisis since World War II, the UK economy is growing again – even at relatively fast rates, as the OECD reports. Yet what is being measured?

After their gaffe-ridden general election campaign launch, the Greens are set to release their 2015 manifesto in March. They have been concerned about the measurement of growth in past manifestos, but it’s not yet clear how they will deal with the issue this time around.

In its 2014 European manifesto, the party stated that:

Greens have long argued that GDP is a bad measure of economic success, failing to take into account resource depletion, distribution of wealth, and whether economic activities are socially or environmentally desirable.

They proposed an alternative, “Macroeconomic Imbalances Procedure” (MIP), which would measure a range of different things, including but not limited to: employment rate, income inequality, in-work poverty, resource productivity, capital productivity and unit capital costs, the energy component of current account, adjusted net savings and ecological footprint, and education expenditure. Their 2010 domestic manifesto echoes these concerns, although it is less precise. 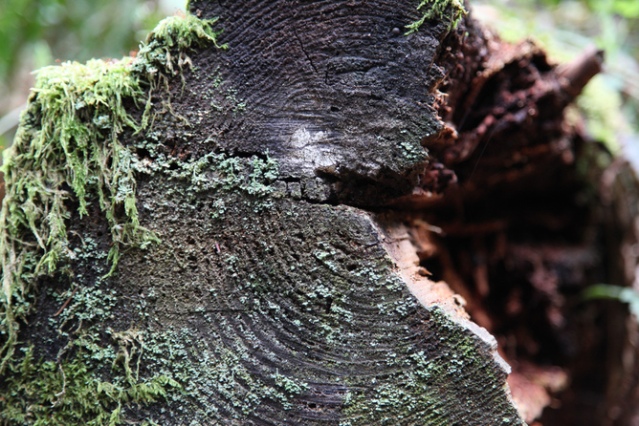 How do you measure green growth?

On their websites, other parties, such as UKIP, the SNP and Plaid Cymru, and even Labour, the Conservatives and the Liberal Democrats, talk about a plethora of priorities and policies, but none of these address economic measurement. The pre-2010 Conservative Party tried to put the green economy and different economic measures on the agenda, but those days seem to be gone.

So, what’s wrong with the GDP measure? Is this an important enough issue to address in a manifesto? Gross Domestic Product, or GDP, can offer a ready scoreboard on productivity, income, and consumption performance, but its level or growth does not answer important questions about how a country is managing inequality or “happiness” levels, or many other dimensions of well-being.

For example, one country might choose to spend its output on addressing environmental concerns, while another might choose to spend it on equalising income across its citizens. Since countries, let alone political parties, differ their spending priorities, there is no single measure of well-being that is “right” for all. Yet much political energy seems to be spent on increasing GDP without incorporating wider well-being dimensions. Since what gets measured gets done, having a more comprehensive measure is important to aligning priorities to actual spending.

A more complete measure might take into account how GDP is generated in the first place. It is intuitive that output generated by a polluting industry might be less valuable to a country than the same output generated by a clean industry, simply because one degrades the environment, while the other does not. Yet, this is not how GDP is calculated, unless proper adjustment is made for environmental impacts, short or long term.

An adjusted measure of economic progress, net domestic product (NDP), is commonly accepted as reflecting a “better” measure of economic performance since it accounts for capital depreciation and so better reflects the portion of economic achievement that is “usable” by the population in meeting its various objectives (such as reducing inequality). NDP has been extended to include environmental assets by the UN to create EDP, which adjusts for environmental depreciation and degradation.

Many more alternatives to GDP are readily available that try to address other welfare issues. The index of sustainable economic welfare (ISEW), for example, attempts to adjust for longer-term issues in maintaining performance levels and was also proposed in the early 1990s. The Human Development Index (HDI) attempts to take account of the underlying capabilities of the group being measured. It includes indicators for basic standard of living (gross national income), but also health indicators (life expectancy) and education indicators (years of education). Amartya Sen, who championed the measure, won the Nobel Prize in Economics in 1998 partly based on developing the conceptual foundations for this measure.

It seems clear that, if we want a society that doesn’t simply encourage more output and consumption, regardless of how it is produced and of how unequal the resulting distribution of income, and if our measures of performance need to reflect that, then we need to look beyond the GDP measure. The Greens have initiated the conversation about alternative measures. It remains to be seen whether they follow through on them when they finalise their manifesto.

As we saw in her interviews, Natalie Bennett was not comfortable with some of the wider economic issues, such as costing, that will be central to the election. It is unclear how her performance in the glare of the media will affect decisions on what is included in the manifesto itself. Measurement is an important issue, however, and we need to go beyond party politics to a debate on how to measure economic progress while social and environmental aspects into account.

There should be a bottom-up, democratic process that allows these preferences to be expressed, because the currently preferred measure, GDP, neither summarises economic well-being for the bulk of the people, nor reflects the true environmental costs of its production.