Even climate change experts and activists might be in denial

But what do you want unconsciously?

Another month, another important UN climate change conference. The latest is in Lima, the capital of Peru. Thousands of experts from the world of politics, business, academia and civil society – and Leonardo DiCaprio – have flown around the world to urge us all to curb our carbon emissions.

Recent meetings have failed to make significant progress. Yet, this year there are high hopes that the US-China climate dealand the New York UN Climate Summit will allow Lima to provide a stepping stone for a binding emissions agreement at next year’s meeting in Paris.

However, even if a deal can be reached – despite the urgent need for it – there is no guarantee that global greenhouse gas emissions will actually come down significantly and dangerous climate change can be averted. Psychoanalytic theory provides disturbing insights into why this may be so – and it is all to do with the split psychological make-up of those who work at the forefront of climate science, policy and activism.

Climate denial can be unconscious

For at least a century, psychoanalysis has taught us that we might be consciously thinking and saying one thing, but unconsciously doing another. In this context that means people are very consciously aware of the threats posed by climate change, even if they aren’t doing too much about it.

Not a week goes by without the media showing catastrophic images of environmental damage and social suffering seemingly caused by a changing climate. Research suggests that such threats lead us to adopt various unconscious coping and defence mechanisms. 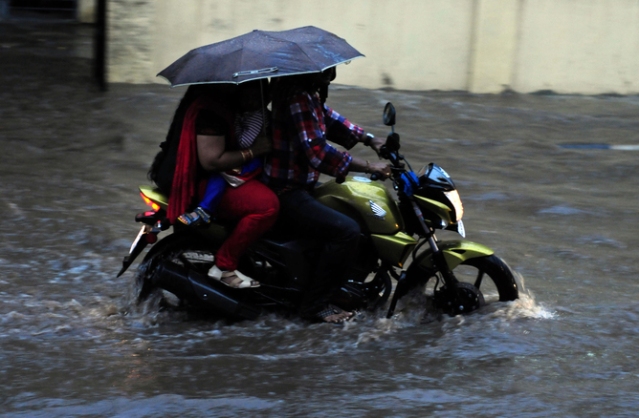 But what to do about it?

Many people try to keep the catastrophe at bay or deny it is happening. Vested interests such as the Koch brothers in the US and other conservative forces have cleverly exploited this unconscious response by supporting a small group of scientists, politicians and think tanks to spread the message of climate scepticism and denial.

This stuff works. Climate denial is undoubtedly on the rise, particularly in those media-saturated markets of North America, Europe and Australia. The Kochs and others are clearly filling a psychological void. Research has also shown that “people want to protect themselves a little bit”, particularly in times of crisis and uncertainty. If climate change simply isn’t happening, there’s nothing to worry about.

Another popular coping and defence mechanism is to pretend that we can address this global and urgent problem by tinkering at the edges of “business as usual”. For example, politicians and business leaders widely believe that we can achieve a decarbonisation of the global economy while maintaining high economic growth. Social psychologist Matthew Adams says such a response is part of an unconscious coping mechanism that simply implies that we have pushed the problem onto a distant future.

As the geographer Erik Swyngedouw shows, climate change politics could in fact be seen as a “post-political” phenomenon where apocalyptic images of environmental destruction and human suffering are used to justify swift action without allowing any real political and economic choices. For example, while on one day the UK government is acknowledging that climate change is already having stark impacts on developing countries by pledging £720m to poor countries, another day of the political calendar is dominated by rhetoric that emphasises economic growth and even the expansion of the oil and gas industry in the UK.

Urgent action on climate change is thus to be implemented within a business-as-usual framework of high growth and high consumption, despite growing evidence that such growth doesn’t make us happier and that it is very likely to deliver increasing carbon emissions for years and decades to come.

In psychosocial theory these defence mechanisms are also referred to as “splitting”. Consciously we might be talking about the impending sustainability crisis, but unconsciously we find ways to actually maintain the status quo. This is also true for those climate experts who fly around the world, going from one global climate change summit to the next. The very carbon emissions associated with their work can be seen as part of a denial strategy.

In fact, one could argue that those who are very close to the reality of climate change are particularly prone to a need to split their identity. The knowledge they have, and the images they have seen, might unconsciously lead them to the above-mentioned counter-balancing and coping behaviours. Not a good omen for the latest round of climate talks in Peru.