Should we feel sorry for Tesco? The human cost of cheap food 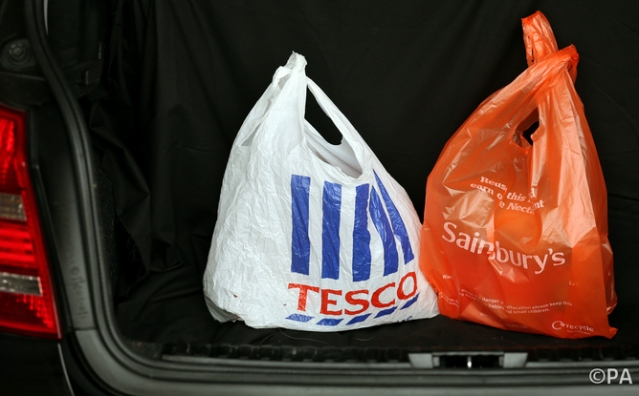 Price wars are crippling for producers.

The crisis of confidence at Tesco signals a remarkable fall from grace given that it wasn’t so long ago that Britons were spending one pound in every seven in its stores. But should we feel sorry for Tesco? Or should we think a little more about the people who have had to pay a high price for the way Tesco and other supermarkets have monopolised food consumption in Britain.

The difficulties Tesco is experiencing might be solely attributed to some questionable accounting and auditing practices that led to a spectacular drop in its share price. But even as this rebounds, supermarkets are being challenged by a more general shift in consumer shopping behaviour, as more and more consumers are migrating to cheaper retailers, such as Aldi and Lidl.

The price war that they have declared in response might be seen as good news for consumers after a sustained period of increased food costs. Given the alarming number of people using food banks, a decrease in food prices might even be seen as essential in addressing food poverty in the UK. But the impacts of lower food prices go beyond consumers and will be most keenly felt by those who supply supermarkets.

The increasing power of supermarkets in setting prices has played a pivotal role in shaping, for example, the production practices within the UK dairy industry over the past 20 years. This in turn has had a negative impact on labour conditions.

The marked and ongoing reduction in dairy farmers can also largely be attributed to the dominance of British supermarkets. Often dairy farmers are receiving less than their costs of production. No wonder why they have come out onto the streets in protest.

More ethical food sourcing might be one way to offer protection to producers and ensure fairer working conditions. There are doubts, however, about the scalability of fairer trade across the food system. The Fairtrade Foundation itself has highlighted the negative effects supermarket price wars can have on those farming communities producing commodities such as bananas.

Somebody has to pay

The value chain of bananas provides a powerful example of how the Fairtrade label, which intends to guarantee better working conditions and fairer prices for producers, is struggling to stand up to market forces. Much like milk, bananas act as a sort of barometer of the value offered by a particular retailer.

Cheap bananas and milk are used to lure people into stores in the hope that they then spend much more than picking up the bargains. But somebody will have to pay for this endless drive for cheaper food.

Our food is increasingly sourced globally. Right at the bottom of the food value chain are wage labourers in countries such as Brazil who tend to the produce that ends up on supermarket shelves. As Brazilian professor Josefa Salete Barbosa Cavalcanti has shown in her work, labour conditions of food workers have been deteriorating as quality requirements and certification systems add to cost burdens, reducing the number of permanent positions for workers and increasing more precarious forms of employment. This in turn undermines the political will and capacity of workers to offer any resistance to these processes.

Ethical certification schemes, such as Fairtrade, can offer some protection with a minimum price guarantee for producers, but even this doesn’t necessarily cover production costs. Moreover, income realised through Fairtrade products is unevenly distributed amongst producers. The wage labourers at the end of the value chain are not guaranteed any better working conditions or payment than they would receive under conventional production, thereby aggravating rural inequalityinstead of improving it.

Cost for the producers

What then of the family facing ever increasing household costs? Should they be glad of cheaper prices in the supermarkets? On the face of things it might seem so, but the reality is that any reduction in the price of food will have far-reaching consequences, particularly on those producing it – at home or in faraway places.

Ironically, further price pressure from supermarkets undermines producers’ ability to comply with quality expectations, as was palpably brought home by the horse meat scandal. At some stage supermarkets and consumers have to put these two things together: you cannot have ever lower food prices and expect good quality.

Tesco’s fall from grace has been astonishing, yet few economic and financial commentators have given much thought to those who actually produce the food we eat. If we are concerned about the future of our food, then we need to value the work of food producers more and make their labour more visible.